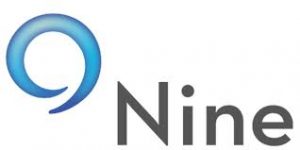 The earnings report released Monday showed net income of $9 million and adjusted EBITDA of $30.6 million. The second quarter 2018 revenues were up 18% compared to the first quarter of the year when revenues were $173.8 million.

The net income for the second quarter amounted to 37-cents per share, compared to 8 cents in the first quarter of the year.

Adjusted EBITDA earnings of $30.6 million were a 27% increase over the first quarter when they were only $24.1 million.

“The team at Nine continues to execute in the field and drive growth for the Company,” said Ann Fox, President and Chief Executive Officer, Nine Energy Service. “With our proven track record, we have been able to gain market share and strategically increase price as seen through the significant growth on the top line of approximately 18% and increasing net income by over five times over the first quarter of 2018. ”

Wireline stages, such as those in Oklahoma grew nearly 30% collectively quarter over quarter despite US land rig counts growing by nearly 7%.