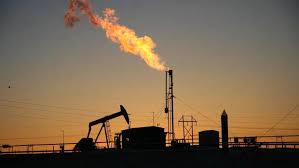 A new report by an Austin-based company says oil and natural gas drillers in Texas are flaring natural gas at record-high levels.

Drillinginfo, an industry research firm says the burning is the result of massive production in West Texas and the Permian Basin.

As Houston Public Media reported, the flaring is also the result of extra gas and the lack of pipelines to get the gas to the markets so it is burned off.

“We’re still looking at late 2019 before we’ll see these flared volumes start to slow down with new infrastructure coming online,” he says.

The same report showed a dramatic drop in flaring in North Dakota where an 88% capture rate is expected as the result of new laws. The study covered only Texas and North Dakota.