Mammoth’s Acquisitions Are Leading to Increased Growth and Revenue 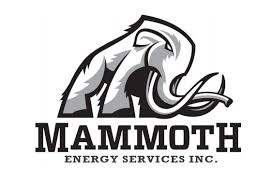 Oklahoma City-based Mammoth Energy Services, Inc. posted $42.7 million in net income for the second quarter of 2018. Total revenue was approximately $533 million for the three months ended June 30, 2018, according to a company press release.

The company also announced plans to pay its first quarterly cash dividend of $0.125 per share of common stock to stockholders of record as of August 7, 2018.

“The second quarter marked a milestone for Mammoth as we were able to completely repay our debt, further expand our services through two acquisitions and organically grow our current businesses all with internally generated cash flows,” said Arty Straehla, Mammoth’s Chief Executive Officer. “More importantly, we initiated a regular quarterly dividend to return some cash to our stockholders. As we look to the future, we see significant growth potential in various areas of the industrial space to bring additional balance to our asset base and revenue stream.”

In May, the oil services company’s wholly owned subsidiary, Cobra Acquisitions LLC, signed a one-year contract to complete the restoration of critical electrical transmission and distribution systems ravaged as a result of Hurricane Maria in Puerto Rico.

Cobra has also secured $30 million in additional contracts for similar work across the continental United States, according to a news report by The Oklahoman. Cobra will continue to pursue future projects.

WTL, an oil trucking company, has nearly doubled in size from 20 to 49 trucks. The company has plans to enter the west Texas market.

RTS, a company engaged in cementing and acidizing oil and gas wells in west Texas, continues to add value to the bottom line through new services offered in the Permian Basin area.

Mammoth also stated that it will upgrade equipment at its Piranha facility, resulting in an increase to Mammoth’s total sand processing capacity to nearly 4.4 million tons annually.

Mammoth also reported that it anticipates operating five to six rigs throughout 2018.