Interior Secretary not likely to get warm welcome in Steamboat Springs, Colorado 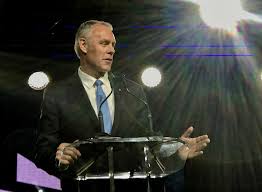 In the far northwest Colorado city of Steamboat Springs, Interior Secretary Ryan Zinke will be welcomed by critics and supporters alike on Friday.

Based on stories in the Steamboat Pilot and Today newspaper, some see the former Montana congressman as “embattled” while others see him as an important member of President Trump’s cabinet.

However, it appears most are waiting to have a chance to hold him accountable for some of the controversial policies he has either eliminated or enacted concerning the management of public lands.

His appearance is part of the Steamboat Institute’s Freedom Conference where Jennifer Schubert-Akin is a co-founder.

“The Department of Interior is so important. Decisions they make can have a big impact on people who live in this part of the country,” she said. “We’ve never had a sitting member of the Cabinet before.”

It is the 10th anniversary of the Freedom Conference. 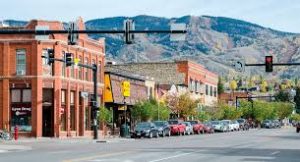 The Steamboat Institute promotes conservative values as well as “America’s first principles and inspires active involvement in the defense of liberty,” according to the group’s website.

“We try to get people who are influential, who are on the national stage, who help set policy,” Schubert-Akin said.

Like travels of former EPA Administrator Scott Pruitt that landed him the target of critics, such is also the case for Zinke. In his Steamboat Springs visit, expenses were paid by the Steamboat Institute. And Zinke will not be paid a speaking fee.

“We would never pay a current member of administration a speaking fee,” Schubert-Akin said.

But Zinke probably won’t get the warmest of welcomes from those fiercely proud of their mountains, rivers and forests. A coalition of residents and environmental groups plan a”Stand for Our Land” rally Friday evening next to the Historic Routt County Courthouse.

It is meant to oppose Zinke’s policies of opening up public lands to oil and gas exploration. The speakers include a poet and musician of Navajo and Cheyenne heritage. Peter Hall, founder of Hala Gear will be a speaker as will Molly Cuffe, director of global communications for Smartwool. Jonah Lotz of Fetcher Ranch will also speak.

Some of his local critics contend Zinke is wrong to speak at private political events such as the “Freedom Conference.” One of them is Colorado State Rep. Dylan Roberts.

“Since he has been at the Interior Department, he has opened up many of our public lands to oil and gas companies. I think those decisions and policies are completely out of line with Coloradans and a majority of Americans,” said the Representative.

But there are the silent conservatives who believe environmentalists have gone too far, including the elderly part-time resident from New York City. He expressed keen interest and knowledge of SandRidge Energy and its regional office in the small town of Walden, Colorado.

“Moderation,” he stressed, as he warned about environmental groups that are financed by the Sierra Club and might harm the energy industry in the state.

“I hope they don’t screw things up,” said his companion, a retired businessman from Houston, Texas.

In a city that emphasizes “Go Green” on its municipal trucks and vehicles, a non-scientific poll of the vehicles passing on main street, showed an estimated 9 out of 10 are gas-guzzling SUVs, Jeeps, pickup trucks and trucks, all vehicles that are dependent on fossil-fuels, something the environmentalists don’t like.