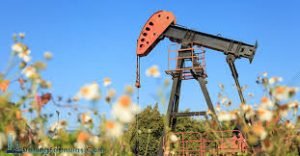 The U.S. Government expects oil production in the Anadarko Basin of Oklahoma and the Texas Panhandle to increase by September.

The EIA also reported this week the number of drilled but uncompleted wells or DUCs in the Anadarko Basin increased to 923 as of July 2018, up 7 from June.  The biggest change was an increase of 167 in the Permian Basin where as of July, there were 3,470 DUCs.