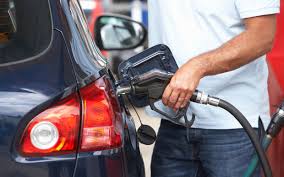 As the end of summer approaches, motorists weren’t making excessive demands for gasoline and it’s led to gasoline prices remaining at the $2.84 average they were a week ago.

AAA Oklahoma remains the state’s average is $2.61, up two cents a gallon from a week ago. Last year at this time, the Oklahoma average was $2.13 a gallon.

Surrounding states have joined Oklahoma with some of the lowest prices in the nation. The average in Texas is $2.61 while in Kansas, drivers pay an average of $2.62. The averages in Arkansas and Missouri are $2.57 while New Mexico drivers pay $2.76 on average and those in Colorado deal with a $2.84 a gallon average.

At 9.45 million b/d, consumer demand for gasoline hit one of its lowest levels this summer last week, according to the Energy Information Administration. This is nearly 60,000 bbl lower than the previous week and 176,000 b/d below the rate during this time last year. While low for the season, last week’s rate is still robust for the summer, but it underscores that the summer driving season is winding down, reported AAA.