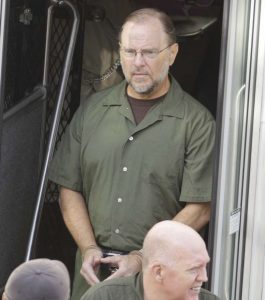 Former Enron CEO Jeffrey K. Skilling is out of prison after serving 8 years in connection with the notorious corporate fraud case in Houston, Texas.

He is now 64 and was originally convicted of 12 counts of securities fraud, five counts of making false statements to auditors, one count of insider trading and one count of conspiracy in 2006 for his role in hiding debt that resulted in the bankruptcy of Enron. He was also fined $45 million.

Skilling was released from a minimum security federal prison camp in Alabama and sent to a halfway house at an undisclosed location, according to the Houston Chronicle. Read more.