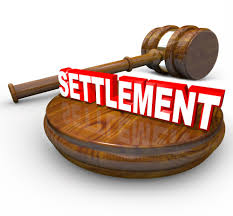 Oklahoma City-based Chesapeake Energy has reached a federal class-action settlement in a Pennsylvania lawsuit that would result in a $7.75 million payout by the company.

The settlement pertains to a lawsuit filed over royalty claims of nearly two-thirds of the company’s royalty holders in the state. It alleged Chesapeake overpaid transportation costs which resulted in reduced royalty payments to each leaseholder.

“We are pleased to have reached his comprehensive agreement,” said Chesapeake spokesman Gordon Pennoyer.

The settlement still must be approved by the Pennsylvania attorney general Josh Shapiro who will also have to agree to drop his lawsuit against Chesapeake.

If Shapiro agrees, Chesapeake will have to create a fund to pay an estimated $775 to each of about 10,000 Pennsylvania leaseholders. The suit originally asked for $10,000 for each.

Under the tentative agreement, Chesapeake also okayed to let leaseholders choose how the royalties are calculated.