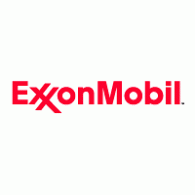 Arkansas state and federal officials are seeking more than $1.8 million from Exxon Mobil to compensate for damage and wildlife restoration efforts caused by a 2013 oil spill, according to a report published on Thursday by the Arkansas Democrat-Gazette.

The Arkansas Game and Fish Commission mailed the settlement proposal to Exxon on Tuesday. The proposal also asks Exxon to fund the state’s purchase of nearly 80 acres of land near the lake to facilitate monitoring and management of the property.

The funds would compensate the government for damage caused when the 70-year-old Pegasus pipeline ruptured in Mayflower near Lake Conway. The Pegasus pipeline – built in 1847-1948 — runs about 850 miles through Arkansas, Illinois, Missouri and Texas. It ruptured between two homes in Mayflower’s Northwoods neighborhood on March 29, 2013. Tens of thousands of gallons of thick, black crude spilled into the neighborhood, ditches and Dawson Cove at Lake Conway. Dozens of people were evacuated and some never moved back home. Three houses had to be demolished. Exxon blamed a manufacturing defect for the pipe’s rupture. The pipeline was closed shortly after the spill although a 211-mile portion of the pipeline in Texas has since reopened.

In October 2016, the Pegasus pipeline became part of Permian Express Partners, LLC. Sunoco Pipeline, a subsidiary of Energy Transfer Partners, is the majority owner and operator.

Government attorneys have said the rupture caused more than $57 million in property damage to the subdivision in Mayflower. The company settled a lawsuit last year with dozens of families whose properties were damaged.

“Any settlement reached would be presented for public comment before finalization,” said Keith Stephens, spokesman for the Arkansas Game and Fish Commission. This may also include a public hearing, he said.

“We will work with the appropriate agencies to address their claims. We regret this spill happened and are committed to learning from it to prevent similar incidents from occurring in the future,” said Jeremy Eikenberry, spokesman for Exxon Mobil.