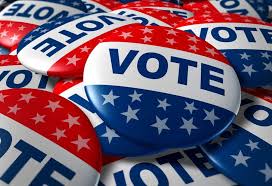 While Jim Bridenstine’s running NASA after giving up his northeast Oklahoma congressional seat, the runoff to find a GOP nominee in his district remains tight.

A News on 6 poll in Tulsa also shows as many voters who support former Tulsa county District Attorney Tim Harris are also undecided.

But, more than 36 percent indicated they have yet to make a decision about who they might support in the Aug. 28 runoff election.

“Harris is doing best among those who really matter the most — those over the age of 65, those high-propensity voters that will naturally turn themselves out and also in Tulsa County, which Tulsa County makes up 76 percent of that first congressional district,” said Bill Shapard, Sooner Poll.

The poll applied only to the runoff for the GOP nomination. But there’s also a runoff for the Democratic nomination. It is between Tim Gilpin and Amanda Douglas. Gilpin received 34.48% in the primary and Douglas got 32.41% of the votes.