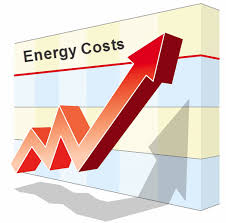 When it comes to energy costs, Oklahomans have some of the highest bills in the country.

That’s according to WalletHub, the personal finance website. It ranks Oklahoma 9th nationally for having the highest energy bills with an average monthly natural-gas cost of $30 and $132 for electricity.  The state’s average total energy cost is $330 and that includes electricity, natural gas and motor fuel.

Wyoming leads the nation with an average monthly energy cost of $372 while the District of Columbia is lowest at $203.

In some of the other categories surveyed by WalletHub, Arkansas has some of the cheapest electricity and ranks 49th lowest in the country.