Environmentalists set to fight Kavanaugh’s nomination to the Supreme Court 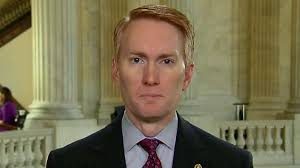 The political belief is that Federal Appeals Court judge Brett Kavanaugh is a conservative who will push the Supreme Court to the right on issues such as the environment if he is confirmed after being nominated Monday night by President Trump.

Oklahoma U.S. Sen. James Lankford is certainly one who supports the nomination. He was on hand at the White House for the nomination ceremony in the East Room.

Afterward, the Republican Senator issued a statement about Kavanaugh’s nomination.

“Judge Brett Kavanaugh is an impressive and qualified nominee to be considered for the Supreme Court and it is vitally important that he receives a fair impartial nomination process in the Senate. In the weeks and months ahead, I look forward to meeting Judge Kavanaugh and evaluating his judicial philosophy. The Supreme Court has an obligation to protect the Constitution and to stand for the rule of law. A jurist who acts within the bounds of the Constitution and interprets the law as written protects the rights of all Americans to live in liberty.”

Those who have fought the Environmental Protection Agency’s rules and what they believe is “overregulation” point to a 2014 opinion in which Judge Kavanaugh argued the EPA had to take monetary costs into consideration when deciding whether to regulate emissions from power plants.

In White Stallion Energy Center LLC v. EPA, the appeals court upheld the emissions standard set by the EPA in 2012 for mercury and other pollutants from coal-fired electric power plants. But one of the key issues was whether the EPA should have been required to consider costs imposed by the rule. The majority of the court agreed with the EPA that it didn’t have to consider costs.

Judge Kavanaugh wrote in his dissent that he was “surprised” that the EPA did not consider costs.

“In my view, it is unreasonable for EPA to exclude considerations of costs in determining whether it is ‘appropriate’ to impose significant new regulations on electric utilities,” Kavanaugh wrote.

“To be sure, EPA could conclude that the benefits outweigh the costs. But the problem here is that EPA did not even consider the costs.”

Observers believe that a Justice Kavanaugh might come down even further to the right than other Republican appointees to the Court.

Roberts ruled in the 2015 Obamacare case King v. Burwell that where a statute was open to interpretation, it was generally up to the courts to decide what the statute meant. In contrast, Kavanaugh took a stricter stance, finding that unclear rules are generally unenforceable, an interpretation which could drastically limit the power of government regulators.

“If a statute only ambiguously supplies authority for the major rule, the rule is unlawful,” he wrote.