Nominee to run Superfund cleanup draws intense scrutiny over his past 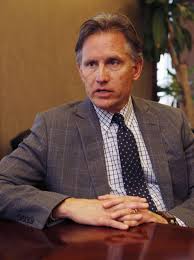 PSO’s decision over the weekend prompted Hunter to respond by saying the Texas Public Utility Commission made a sound and sensible ruling because the project was based on questionable assumptions and the benefits weren’t enough for Texas ratepayers.

“I commend the Texas Public Utility Commission for its sound and sensible ruling,” Attorney General Hunter said. “We have said from the beginning PSO failed on several fronts to qualify for pre-approval and cost recovery of this project, including its failure to comply with the OCC’s rules for competitive bidding, the inability to show a need for the generation capacity and unrealistic assumptions of ratepayer savings.

PSO announced over the weekend it would withdraw its request for pre-approval of the project by the Oklahoma Corporation Commission, something Hunter had openly opposed.

“Our position was never critical of the company or the benefits of wind or other forms of renewable energy. It was about protecting the ratepayers and ensuring they did not shoulder the risks of this $4.5 billion project,” he said.

As for working with PSO in the future?

“PSO has proven itself as one of our state’s most valuable corporate citizens. We look forward to them continuing to provide quality service to thousands of Oklahomans for many years to come. We also look forward to working with them on future rate cases to keep customers’ rates reasonable, and PSO’s parent company, American Electric Power, attractive to investors,” said Hunter.