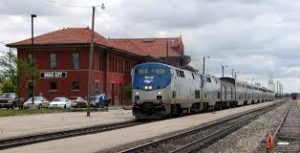 Amtrak is considering an end to its passenger train service, the Southwest Chief, between Dodge City, Kansas and Albuquerque, New Mexico. Instead,it wants to create a bus service connection on the route. But lawmakers aren’t happy about it and hope to derail the proposal.

If the railway makes the move, it will mean a loss of service to other cities including Garden City, Kansas; Lama, La Junta and Trinidad, Colorado; and Raton, Las Vegas and Lamy, New Mexico.

The proposal was recently discussed between Amtrak’s CEO and a congressional delegation, including the two U.S. Senators for Kansas. They were not happy about it.

“I was very disappointed in the nature of the meeting and the lack of commitment on the part of Amtrak to keep its word and contribute the $3 million match toward this TIGER grant application,” Sen. Jerry Moran, R-Kansas told the Hutchinson News. The TIGER grant was awarded last year to upgrade more than 200 miles of rail primarily in Colfax County, Colorado.

Sen. Moran and others asked for the meeting in Washington D.C. after they had not received kind of response they wanted from Amtrak regarding a commitment to the line.

“We asked for the meeting with our colleagues to make sure Amtrak followed through on its commitment,” said Sen. Moran who was joined by Sens. Pat Roberts of Kansas and Cory Gardener and Michael Bennet of Colorado and Martin Henrich and Tom Udall of New Mexico.

Their meeting was with Amtrak CEO Richard Anderson.

“The end result of the meeting with Mr. Anderson and a bunch of his staff was certainly no suggestion that their mind had been changed,” said Sen. Moran who explained the conversation moved into a slide presentation and talk of bus service instead of train service.