KKR and Williams part of $1.2 billion purchase in Colorado 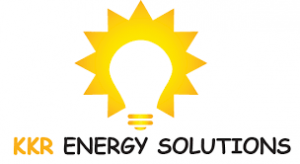 In a newly-formed joint venture with Tulsa’s Williams Cos., KKR announced Monday it’s entered into an agreement to make a $1.2 billion purchase of Discovery Midstream from TPG Growth.

Founded 3 years ago and based in Dallas, Discovery operates in the southern part of Colorado’s Denver-Julesburg Basin and its operations are located in more than 250,000 dedicated acres in Weld and Adams counties.

“We are excited to partner with Williams in the acquisition of Discovery,” said James Cunningham, Managing Director on KKR’s Energy and Infrastructure team. “The Discovery team has built a strong gathering and processing infrastructure footprint to service growing production in the DJ Basin and Williams is well known as a safe and reliable operator of large-scale G&P systems in the Rockies. ”

“We are pleased to partner with KKR on this outstanding acquisition opportunity,” said Alan Armstrong, Williams’ President and CEO. “As one of the premiere providers of large-scale energy infrastructure with operations across the natural gas value chain, we look forward to serving the Discovery customers in this growing basin with our industry-leading midstream services and working with KKR, whose energy and infrastructure investments and strategic partnerships are well-known and highly regarded.”