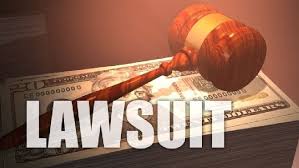 Two Muslim workers for Halliburton Energy Services Inc. have gone to court claiming the company subjected them to a hostile work environment because of their ethnicity and cultural attire.

The U.S. Equal Employment Opportunity Commission filed the lawsuit this week in Dallas federal district court. The suit was filed based on complaints filed by two oil-field workers, Hassan Snoubar who is Syrian and Mir Ali, who is Indian.

“Both Snoubar and Ali were regularly made to suffer insults by other employees, including supervisors who criticized their cultural attire, made demeaning remarks about their appearance, identified them with terrorism, and even claimed their ‘people’ engaged in bestiality,” according to the complaint.

Insults from other employees were broadcast on radio headsets used at the work site, the EEOC said in the complaint. “One of defendant’s supervisors used the company radio to refer to both Snoubar and Ali as ‘terrorist,’” according to the complaint.

The agency said Snoubar, who had worked for Halliburton since 2012, expressed concerns over workplace conduct to management and human resources. The EEOC said he was fired in 2015.and national origin.

The suit against Halliburton asks a federal judge to order the company to, among other things, “provide equal employment opportunities for Hassan Snoubar and Mir Ali which eradicate the effects of its past and present unlawful employment practices.”