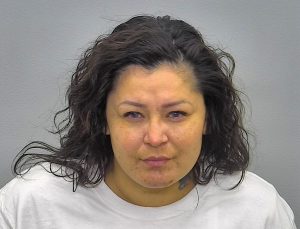 A Colorado woman who fired a gun during the 2016 Dakota Access oil pipeline protests in North Dakota is headed to prison.

Red Fawn Fallis, 39 was sentenced Wednesday to four years and nine months in federal prison. It was Oct. 27, 2016 as she resisted arrest that Fallis fired a handgun three times.

A member of the Oglala Sioux tribe, Fallins denied intentionally trying to hurt anyone. She pleaded guilty earlier this year to civil disorder and illegal possession of a gun by a convicted felon. The woman has a 2003 conviction in Colorado for being an accessory to a felony crime in which she was a getaway driver for a man who shot and wounded another man.

U.S. District Judge Daniel Hovland could have hit Fallis with 15 years in prison on the current charges. Had prosecutors not agreed to drop a count of discharge of a firearm during a felony, the woman could have received 25 years in prison.

“This is a very serious case that could have escalated into something far worse,” Hovland said, adding that it could have become a “chaotic shootout.”

“I made poor choices once again and it hindered my decision-making,” she said, adding later that “I’m sorry for what the officers had to go through because of my choices.”