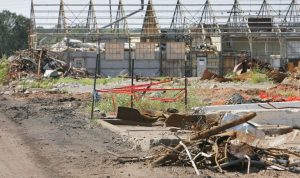 Residents of Duncan will get a public update on Monday on the continuing cleanup of the former Phillips 66 refinery.

The Oklahoma Department of Environmental Quality and Phillips 66 Company will hold an open house at 6:30 p.m. to discuss progress in cleaning up the former Duncan Refinery site. The open house will be held at the FAME Academy school in Meridian.

Representatives from DEQ and Phillips 66 will be available at the open house for discussion and to answer questions related to the 466-acre site.  Attendees will learn about DEQ’s Voluntary Cleanup Program process, recent sampling and cleanup, and future plans for the site.

The Former Duncan Refinery site is an area of vacant land located about five miles south of Duncan. The property is in DEQ’s Voluntary Cleanup Program (VCP). Stephens County, DEQ, and Phillips 66 are working together for the cleanup and reuse of the former refinery property.

Cleanup was halted in May because of noxious odors coming from the refinery site. But since the shutdown of the refinery in 1983, environmental cleanup has continued with Phillips 66 leading the effort and DEQ providing oversight.

The suspension of the environmental cleanup in May was made, according to the company “out of an abundance of caution.” the company began collection of air quality data to determine the safety of the cleanup.

A company spokesman said at the time no further cleanup would continue until the air quality results were known and the safety of workers at the site could be confirmed.