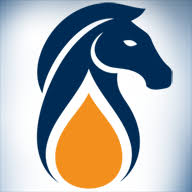 Oklahoma City’s Blueknight Energy Partners announced over the weekend it had reached a $90 million sales agreement for three of its asphalt terminals in Texas and Tennessee.

The agreement was something of an in-house deal and was made with Ergon Asphalt and Emulsions, Inc, a firm that’s buying the terminals in Lubbock and Saginaw, Texas and Memphis, Tennessee. Blueknight intends to use the net proceeds to reduce outstanding indebtedness under its credit facility.

Ergon Asphalt and Emulsions is an affiliate of Ergon, Inc. which indirectly owns 100% of Blueknight Energy Partners G.P. LLC which is the general partner of the Partnership. It also owns 27.5% of the limited partnership interests in the partnership. The Conflicts Committee of the Board of Directors of the general partner reviewed and evaluated the purchase agreement to determine whether to grant special approval of the agreement and sale.

At the same time, Blueknight Energy Partners amended its credit facility to permit the asset sale and to allow the company to make up to a $55 million investment in the previously announced Cimarron Express joint venture. It also moved to reduce commitments under the credit facility from $450 million to $400 million and to limit distributions by the partnership to $10.7 million until the end of 2019.

“These transactions and actions we are announcing today represent the culmination of the plan outlined in our first quarter earnings conference call. We are committed to taking the steps necessary to better position BKEP for future growth,” said CEO Mark Hurley. ” We are encouraged by the recent strengthening of crude oil commodity prices, which has correlated to increased opportunities for crude oil transportation even though crude oil storage remains challenged.”

He explained the now completed restoration of the firm’s previously-out-of-service pipeline in Oklahoma has nearly doubled the company’s pipeline capacity.

” Demand exists, and we are aggressively pursuing volume in the area with the expectation that we will begin transporting in July. The repaired pipeline will primarily transport lighter crude oils to Cushing that are dominant in the south-central part of Oklahoma, which includes the active SCOOP and Merge regions,” added Hurley.