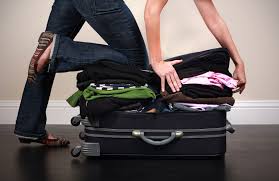 Scott Pruitt isn’t the only one to pack his bags and leave the Environmental Protection Agency in the past week. Some of his aides apparently have followed the doctrine of “where you go, I go.”

With the former Oklahoma Attorney General’s departure last week as EPA Administrator, some of his top assistants have departed too.

One was Lincoln Ferguson, a Senior Advisor to Pruitt for Public Affairs. Ferguson traveled with Pruitt from Oklahoma to Washington D.C. when Pruitt was confirmed for the job in the Trump administration. He joined the EPA in February 2017.

Ferguson and Pruitt have worked together previously. He was Pruitt’s Press Secretary when Pruitt was the Oklahoma Attorney General. He worked for Pruitt from August 2016 until he took the EPA position.

Ferguson was previously the Deputy Press Secretary for Pruitt from September 2014 to July 2016.

As he left the EPA, Ferguson issued a statement wishing “Acting Administrator Andrew Wheeler and the hardworking EPA staff the very best as they continue to better our nation’s environment.”

“It has been an honor and privilege to serve at EPA for the past year and a half. While I am proud of the important work that was accomplished under Administrator Pruitt’s leadership, my wife and I look forward to returning home to welcome our first son in the great state of Oklahoma.”

Another top aide to leave was Jahan Wilcox who also issued a statement this week.

“It’s been a privilege to advance President Trump’s agenda of environmental stewardship and regulatory reform. Now it’s time to focus on helping Republicans in November,” he said, noting his new job will be as a Republican campaign consultant.

They were added to a list of other Pruitt aides who left earlier in his time as EPA Administrator including Albert “Kell” Kelly of Tulsa who was head of the EPA Superfund task force. Others were Sarah Greenwalt, a senior advise; Millan Hupp who was Pruitt’s director of scheduling and advance; and Samantha Dravis, Pruitt’s associate administrator for the Office of Policy.