Science board report critical of FAA over drone rules and enforcement 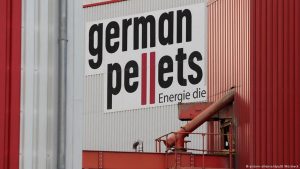 The Sierra Club’s moving to bring an end to pollution permit for a wood pellet mill plant in eastern Texas where the group contends pollution is allowed to grow.

The club joined the Environmental Integrity Project and Our Children’s Earth in appealing the permit for the German Pellets mill in Woodville about 90 miles northeast of Houston.

The groups want the Texas Commission on Environmental Quality to require pollution controls at the plant. They claim the plant consumes more than a million tons of trees every year to product wood pellets which are shipped to Europe and burned for electricity.

The plant is only about six years old and was required by the state to limit emissions of volatile organic compounds to 64 tons a year. But the environmental groups claim it now emits 580 tons a year, nearly ten times more than legally allowed. They also claim the state has been award of the violations since 2014 but has taken little action to stop them.

Like coal-fired electric-generating plants are forced to use the best available control technology, the environmental groups claim that German Pellets must do the same.

The plant is not in current operation because of a storage silo fire last year that burned for  two months.  The company is reportedly bankrupt but it still has a valid pre-existing permit that allows it to restart operations at any time.