Wigley resigns as president of OIPA 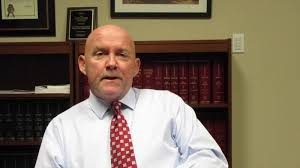 After only a year on the job, Tim Wigley has resigned as President of the Oklahoma Independent Petroleum Association.  His resignation was submitted over the weekend after the Association held its annual meeting in Las Colinas, Texas.

Cody Bannister, a spokesman for the OIPA indicated the staff was informed Monday and a search committee will be formed to find a new President.

No one’s saying what led to the resignation, but in March, Wigley was arrested in Oklahoma City on DUI charges. A jury trial is set for Aug. 1 after Wigley pleaded not guilty to charges of driving under the influence and disregarding a traffic control device.

Wigley went to work for the OIPA in December 2016 when he became executive vice president of governmental affairs.  Just one year ago at the group’s annual meeting, he was named President.

Wigley had previously worked as a lobbyist for the Western Energy Alliance in Denver.  Prior to that, he was in charge of lobbying and communications for PAC/West Communications in Washington , D.C. He also had been president of the Oregon Forest Industries Council.