May Tax collections were a record in Oklahoma 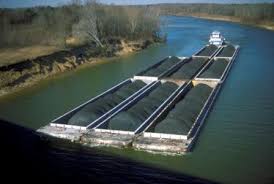 All four Oklahomans in the U.S. House helped pass the biennial water resources legislation this week in a 408-2 vote.

The Water Resources Development act of 2018 provides the Army Corps of Engineers with the authorization to maintain the nation’s water infrastructure, something that Reps. Tom Cole, Frank Lucas, Markwayne Mullin and Steve Russell supported.

Prior to the Wednesday night vote, Rep. Mullin re-emphasized the importance of the McClellan-Kerr arkansas River Navigation System in eastern Oklahoma.

He said the national economic impact of the 445-mile long stretch of water transportation includes the Port of Muskogee and the Port of Catoosa.

But as Rep. Mullin has repeatedly noted, the MKARNS faces a backlog of $150 million in critical maintenance. He again warned it has a 50 percent chance of complete failure in the next 5 years.

“It is crucial that WRDA provides the Army Corps of Engineers with the resources it needs to maintain our waterways,” said Rep. Mullin.

Others in Congress agree with him  about the importance of funding the Corps.

“The water infrastructure bill is absolutely essential to our economy,” Rep. Sam Graves (R-Mo.) said in a statement after the bill’s passage. Graves chairs the panel’s subcommittee on highways and transit and is eyeing the committee’s gavel after Shuster’s retirement.

“This bill provides protections to businesses and peace of mind to farmers, but more importantly, it ensures we can remain competitive in the global economy.” 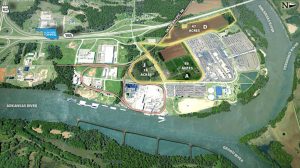 The reauthorization, which Congress has recently taken up every two years, specifically calls for an analysis of the effects of moving the Corps’s civil work out of the Pentagon and into another agency or to a completely new entity.

But according to the American Shipper, port directors across the nation were disappointed. They expressed concerns that a provision to assure all the money from the Harbor Maintenance Trust Fund is used to maintain harbors.

Kurt Nagle, President and chief executive officer of the American Association of Port Authorities said his organization will continue working with the House and Senate to “include additional provisions to WRDA 2018 to ensure that all of the federal harbor maintenance taxes collected are fully spent each year so there’s continued availability and competitiveness of our nation’s harbors.”

Reps. Ted Poe, R-Texas and Alan Lowenthal, D-Calif. expressed similar concerns in their leadership as co-chairs of the Congressional Ports Caucus.
“We believe that Congress should use this bill to ensure the full use of the Harbor Maintenance Trust Fund (HMTF) . It is long past time that the proceeds from this user fee go to their intended purpose: maintaining our nation’s harbors, and we are disappointed that language to make this key reform was removed from the bill,” they said in a joint statement.