Tulsa’s Paladin Land Group, the city’s largest broker and consultant for oil and gas land services became one of only two “non-operator” businesses ever to receive the Company of the Year award from the Tulsa Association of Petroleum Landmen when it was recently named the 2017-18 recipient.

“We are excited and humbled by this honor as this award is given by our peers in the industry, as well as our clients,” said J.M. “Buster” Bradshaw, PLG principal. “We are very involved in the industry in which we serve, as well as in professional development and continuing education initiatives for our employees and contractors. This award is a testament to our commitment to hiring the most experienced landmen and developing the most talented oil and gas professionals in the industry and putting out the best work product possible.” 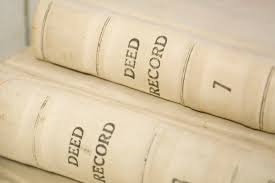 PLG received the award due to its impact and service to the energy industry in the mid-continent and its visibility and engagement during TAPL’s events and meetings in 2017 and 2018. Paladin’s proprietary interactive ArcGIS based land system, called Land Grab™ also helped PLG qualify for Company of the Year.

TAPL, a professional organization for individuals involved with land and legal work in the oil and gas industry, presented awards for Lifetime Achievement, Landman of the Year, Emerging Landman of the Year and Associate Member of the Year, along with Company of the Year. These awards are chosen from nominations among TAPL members and sent to a committee for finalization.

As the largest energy land services provider in Tulsa, Paladin Land Group is a boutique brokerage service that specializes in title, acquisitions, due diligence, and regulatory for drilling and mineral buying programs, as well as strategy consulting for management teams of newly formed E&P companies. Paladin is headquartered in Tulsa and has a local office in Oklahoma City, as well as Kansas, Permian and Appalachian field offices. In addition to their current staff, PLG maintains an extensive network of over 500 field landmen throughout the U.S. to support any projects outside of their primary operating areas. PLG is currently active in Oklahoma, Texas, Kansas, Colorado, Nebraska, Illinois, Pennsylvania, Ohio and West Virginia.