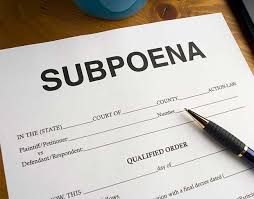 A Texas judge has again ruled the two did not have to comply to an Oklahoma subpoena to go before the grand jury which met for three days last week.  Both live in  Austin. The grand jury was prepared to continue its investigation of allegations that the two might have been involved in putting an electronic tracking device last year on a pickup truck belonging to anti-wind legislator, Mark McBride, a State Representative from Moore.

Clark has repeatedly denied being involved in the matter and Shipley has declined comment. Clark also did not respond to numerous telephone messages left by OK Energy Today over the last 10 days. Neither did Shipley.

Travis county court officials were less than eager to offer an explanation and one court representative would only indicate the original judge assigned the case did not handle it.