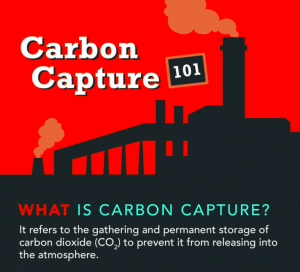 The effort unveiled this week to create a Governors’ Partnership on Carbon Capture was larger than the result.

While Oklahoma Gov. Mary Fallin joined the formation led by Montana and Wyoming’s Governors Steve Bullock and Matt Mead, many others were invited to join.

Oklahoma was joined by Louisiana, Kansas and Utah in creating the partnership with Montana and Wyoming. But Wyoming Gov. Mead sent invitations to at least 17 states.  So far, they have not joined the cause to support carbon capture policies and projects.

Matt Fry, Gov. Matt Mead’s Policy Advisor, said the intention of the Governors’ Partnership on Carbon Capture is to create a unified voice on policies related to the topic at both state and federal level. Fry said one of the first projects from the group will be getting carbon capture technology on the ground.

“We’re going to look at opportunities for sources of CO2 and then opportunities for sinks of CO2, which could either be saline storage or enhanced oil recovery. There will be models done with financial availability and feasibility of projects as well as potential pipeline corridors to connect these sources and sinks of CO2,” Fry said.

“Gov. Mead just said the time for debate and discussion is over, it’s time to actually deploy projects. We’ve all got our economies as well as our workforce are highly dependent on the development and use of fossil fuels. It’s not the only tool in the toolbox, but it’s one we’re highly supportive of,” Fry said.

There’s no concrete date for the group’s first meeting. The coalition will be staffed by another working group of officials from 15 states also focused on carbon capture.