Progress made on another pipeline out of Permian to Gulf Coast 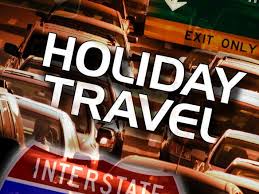 As a record number of Americans plan a long July 4th holiday, those in Oklahoma will face an average price of $2.57 a gallon for gasoline.

AAA predicts 46.9 million Americans will take a trip of 50 miles or more for the holiday, extending the July 4th holiday from Friday to Wednesday. That’s an increase of 5 percent compared to a year ago. It is also the highest number since AAA started tracking 18 years ago.

Oklahoma gasoline prices have been dropping in the past few weeks. That’s important because most of the country’s travelers will be going by car or SUV—39.7 million will be on the road which is 5.1 percent more than July 4, 2017.

A word of advice. Tuesday will be the worst day to travel.  Those travelers in the major cities could see a major increase in delays with some in L-A, New York and Washington, D.C. experiencing a two-fold increase in their delays.