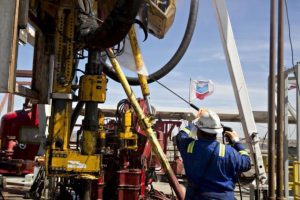 The oil and gas boom of the Permian Basin in west Texas and eastern New Mexico has resulted in a massive labor shortage for anything but the oil and gas industry.

The high-paying shale country salaries of the oil patch have sucked employees from other industries while the at the same time, places like Midland, Texas are experiencing a 2.1 percent unemployment rate.

The oil and gas industry has attracted police officers, grocery store clerks, fast-food workers and others.

As Bloomberg  News recently found out, it’s a big challenge for leaders of cities like Jerry Morales, mayor of Midland.

“This economy is on fire,” he told Bloomberg, wondering how he will be able to keep city workers from bolting their jobs for the high-paying positions in the oil fields.