20,000 Miles without an oil change? It’s what ExxonMobil’s promoting

Senators Hope to Include Energy Programs in New Farm Bill 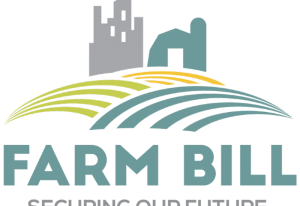 Eight members of the U.S. Senate Committee on Agriculture are getting a pat on the back from the Agriculture Energy Coalition for supporting the farm bill energy title programs.

In the letter, the 8 Senators wrote, “As fellow members of the Senate Agriculture Committee, we feel strongly that the Committee must not forget the value energy title programs bring to rural economies. The title should be renewed and improved, with adequate resources to ensure the programs work as intended.”

The Coalition thanked Sens Joni Ernst (R-IA) and Tina Smith (D-MN) for taking the lead in writing the letter.

The letter suggested that the reauthorization of the energy title programs, which are less than a tenth of 1 percent of spending in the farm bill could be a catalyst for reviving depressed farm community economies. The Senators claimed that since 2009 the programs have helped rural businesses, farms and ranches leverage more than $5 billion in new investment.