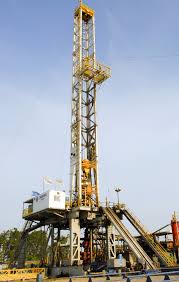 The nation’s oil and gas rig count dropped by 3 in the past week to reach 1,059 while Oklahoma’s count remained at 140.

Oklahoma’s count compared to 127 reported one year ago according to figures supplied by Baker Hughes Co.

In Canada in the past week, 27 additional rigs started exploration to make the country’s total rig count at 139.

Kansas added 7 rigs in the past week to reach 41 according to the Redtop Rig Report while Texas fell by four to 534. Colorado’s count of 33 was one less than a week ago while Louisiana’s count came to 60, one more than last week.

The Permian Basin is still tops but dropped 4 rigs to reach 476. The Mississippian remained at six while the Granite Wash in western Oklahoma and the Texas Panhandle added one to reach 16.  The D-J Niobrara in northern Colorado remained at 26 while the Woodfords in Oklahoma dropped one to hit 11.