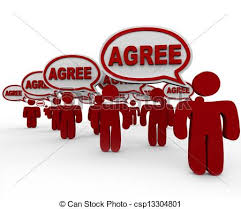 The Oklahoma Corporation Commission voted unanimously on Tuesday for the approval to a settlement in the Oklahoma Gas and Electric (OG&E) rate case that is the largest single rate reduction for an Oklahoma electric utility.

Commission Chairman Dana Murphy called the agreement a win-win for all concerned.

“The settlement will cut rates by $64 million and refund to customers $18.5 million in tax savings from federal tax reform,” Murphy said. “The timing of this couldn’t be better, as the savings will begin at a time when electric bills are the highest because of the summer heat.

“Commissioners always encourage the parties in a rate case to work toward a solution that is in the public interest.” Murphy noted. “This is in the best interest of all involved. Reliable service at reasonable rates is the result the Commission seeks in all rate cases, and the Commission’s Public Utility Division, the Attorney General, OG&E and the other parties to the case obviously worked hard to achieve that. There is always much give and take in efforts such as this, and I deeply appreciate the willingness to work together for the greater good.”

Commission Vice Chair Todd Hiett said the settlement is especially notable because it comes at a time of rising costs for both the utilities and customers.

“It wasn’t all that long ago that people commonly referred to their electric bill as ‘the light bill,’ Hiett said. “As our technology has advanced, the need for efficient, reliable and affordable delivery of electricity has increased drastically, and will continue to grow in the future. In light of the demand for the infrastructure needed to keep pace and the increasing cost of much of what’s needed, it is a rare opportunity to put money back into the pockets of ratepayers, and the sooner, the better. That is why we moved quickly to give this settlement the careful review needed, and are now able to give our approval less than a week after it was first presented to us.”

Commissioner Bob Anthony called the settlement “a rate reduction for all utility customers, not just the rich and powerful.”

“In December of last year, when the Tax Cuts and Jobs Act was still pending legislation, I sent a message to all U.S. utility regulators calling attention to the fact that without immediate action by state utility commissions to protect consumers, regulated utilities could over-collect billions in federal taxes on their customers’ bills,” said Anthony. “As I’ve said before, utilities should not be allowed to keep a windfall tax gain at the expense of consumers. The refund and rate reductions we’ve approved for OG&E customers today will have a direct impact on the pocketbooks of Oklahoma families and businesses – large and small.  These are real savings.  This is real money. I look forward to similar savings for customers of the state’s other regulated utilities.”

Under the agreement, the average residential customer will receive a one-time tax credit and monthly rate reduction totaling an estimated $18.70 in July. Subsequent average monthly rate savings will be approximately $4.40.

Attorney General Mike Hunter, whose office negotiated the settlement voiced his support for the commission action.

“I commend the unanimous decision by the corporation commissioners today, and for acting expeditiously to approve this historic rate reduction for OG&E customers,” Attorney General Hunter said. “The rate reduction will give much needed relief to customers as we head into the summer months, which are some of the most costly, especially for those living on a fixed income. This is real money individuals will be able to use to pay for prescriptions, food or other bills.

“I appreciate the hard work and dedication of the parties involved in this case, who came together to negotiate this settlement in the public interest, and the administrative law judge, who recommended its approval late last week. I also thank my team in the Utility Regulation Unit for leading the efforts on behalf of utility customers.”

The approved agreement can be found athttp://imaging.occeweb.com/AP/CaseFiles/occ30094310.pdf