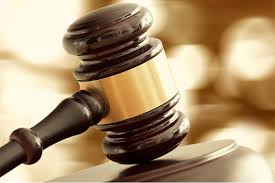 A federal judge in New Mexico has ordered the Bureau of Land Management against moving ahead with plans to carry out hydraulic fracturing and oil exploration on federal land in the Four Corners area.

Senior U.S. District Court Judge M. Christina Armijo set aside the leases on nearly 20,000 acres and ordered the Bureau of Land Management to do “further analysis and action.”

It was considered a victory for conservation groups who filed suit to stop the government from allowing the fracking to be done on 13 leased parcels of land. The groups included the San Juan Citizens Alliance, Wildearth Guardians, Amigos Bravos, Dine Citizens Against Ruining Our Environment and the Sierra Club.

Their lawsuit contended the Bureau of Land Management failed to provide convincing reasons to justify the decision to not do an environmental impact statement. The leases in question are in the Santa Fe National Forest and the conservation groups argued the BLM did not consider the effects of fracking and drilling on groundwater quality.

In response, the BLM contended there were “no verified instances of hydraulic fracturing causing adverse effects to groundwater in the San Juan Basin.”

Attorney Kyle Tisdel with the Taos-based Western Environmental Law Center called the judge’s decision “a precedent-setting win,” according to a report in the Santa Fe New Mexican.