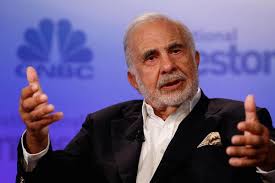 First he took control of Oklahoma City’s SandRidge Energy in the past two weeks and now investor Carl Icahn has his sights set on an Alabama company operating in the Permian Basin.

A filing with the SEc this week showed Icahn increased his stake in Energen Corporation, a firm headquartered in Birmingham, Alabama but focusing its oil and gas exploration in West Texas and New Mexico. Icahn now holds 4.3 percent of Energen’s shares, a full one percent increase in the past week.

The increase in shares came a month after Icahn and hedge fund manager Keith Meister’s Corvex Management indicated they might consider buying Energen. Meister founded Corvex Management 8 years ago after learning the activist trade at Icahn Enterprises where he vice chairman of the board and principal executive officer.

In a filing last month, Icahn and Corvex Management stated: “The Reporting Persons believe the Issuer’s securities are undervalued and may, subject to due diligence, have interest in joining with other parties to acquire the Issuer as part of the strategic initiatives process or otherwise.”

As of this week, Energen shares were trading at about $66 but Icahn told CNBC weeks ago he believed the company was worth about $100 a share.

“We have a lot of cash around. We could buy this company,” he said. “However, I don’t presume to feel I’m the right buyer for it because there are such synergies for another company.”

Just like Icahn did in pressuring Oklahoma City’s SandRidge Energy, Corvex pressured Energen earlier in the year to name two independent directors to its expanded board of directors. Sound familiar?  Just as SandRidge made promises in response to pressure from Icahn, so did Energen, vowing to “promptly conduct an in-depth review, assisted by its financial advisers, of the company’s business plan, competitive positioning and potential strategic alternatives” to increase shareholder value.

Corvex is the company’s second largest shareholder with 8 percent. But it also sold 2 million shares last month to Icahn and gave him the option of buying another 2 million shares.