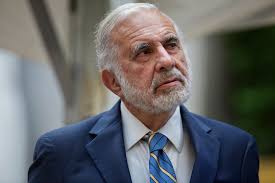 Carl Icahn made one last-ditch plea to SandRidge Energy shareholders on Monday to dump the company’s existing board of directors and vote for his candidates. His plea came one day before the company’s annual meeting is held in Oklahoma City.

In a June 18 filing with the U.S. Securities Exchange Commission, Icahn was critical of the current board’s financial management of the company saying it has performed poorly.

“Since the day SandRidge emerged from bankruptcy through the close of trading on June 15, 2018, the company’s stock price has declined 20%, while the S and P 500 Index and WTI Crude Oil have risen 29% and 33%, respectively,” stated Icahn in his open letter. “In addition, SandRidge has continued to hedge virtually all of 2018’s guided oil production at approximately $56 per barrel, resulting in lost value of roughly $10 for every barrel the company will produce this year.”

Icahn didn’t stop there, calling it “reprehensible” for the board members to be poised to walk away with windfall consolation prizes if the stockholders vote to “kick them out of Dodge” at Tuesday’s annual meeting.

“The long suffering SandRidge stockholders are deserving of a fresh start, even if it means that the outgoing directors will have had one last undeserved payday–and laugh—at our expense on the way out the door,” wrote Icahn.

He again cited a list of what he considered to be major mistakes made by the board, including its attempted acquisition of Bonanza Creek Energy in Denver, Colorado.  Icahn said it cost the company $8.2 million in what he called “wasted transaction costs.”

He also cited a poison pill adopted by the board in an attempt to disenfranchise stockholders in the Bonanza Creek deal. Icahn also continued to be upset over the $17 million severance package for former CEO James Bennett.

“They inexplicably spurned a takeover bid by Midstates Petroleum, a company universally acknowledged to be the single most synergistic buyer for SandRidge, without even making a counteroffer,” said Icahn as he urged stockholders to vote for all 7 of his nominees.