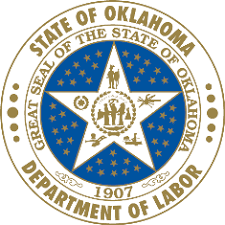 One way or the other, after this year’s elections in Oklahoma, the state will have a new Labor Commissioner. And six candidates are hoping they win the November election. Five have to make it past this week’s primary election.

Incumbent Commissioner Melissa McLawhorn Houston, appointed by Gov. Fallin in 2015 is not a candidate.  That leaves voters to decide among three Republicans, two Democrats and one independent.

The Republicans include state Rep. Leslie Osborn, Cathy Costello who is the widow of slain Labor Commissioner Mark Costello and Keith Swinton.

Osborn is giving up her legislative seat to make the run and has focused on her relationship with the Labor Department. Costello is a former educator and businesswoman. Her husband, Mark Costello was stabbed to death by their son in 2015.

Swinton is a 54 year old inventor who works at the U.S. Postal Service training center in Norman.

The two Democrats running for their party’s nomination are Fred Dorrell of Broken Arrow who is a human resources labor specialist; and Sam Mis-soum, a 30-year old engineer and businessman from Tulsa.