Anthony gets endorsement of candidate he beat in GOP primary 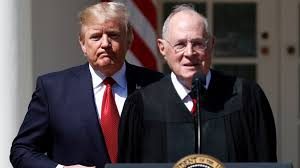 At least two of those considered by President Trump to be his nominee to replace U.S. Supreme Court Justice Anthony Kennedy made rulings in the area of energy.

They were U.S. Circuit  Judge Brett Kavanaugh of the U.S. Court for of Appeals for the District of Columbia Circuit and 6th Circuit Court of Appeals Judge raymond Kethledge. Both have been mentioned as likely and possible nominees to replace Justice Kennedy. Judge Kethledge clerked for Justice Kennedy in 1997.

Just a few years ago, Judge Kavanaugh become involved in a Clean Air Act fight when he wrote for a divided panel that struck one part of its focus. The U.S. Supreme Court reversed the decision in a 6-2 vote.

When Judge Kavanaugh dissented from a decision allowing the agency to disregard cost-benefit analysis, the Supreme Court reversed 5-4 in the case of Michigan v. EPA in 2015.

Judge Kethledge, also high on the speculative list of those who could be nominated, ruled in 2012 against the Sierra Club and other environmental groups. The Sierra Club joined the EPA in the case of Sierra Club v. Korleski claiming private individuals could sue the State of Ohio under the Clean Air Act’s citizen-sit provision to enforce a state-enacted pollution-control plan g minor polluters.

The Sixth Court, in an opinion by Judge Kethledge rejected the Sierra Club’s arguments, ruling that the citizen-suit provision does not permit a citizen to sue a state for failing to perform a regulatory duty.