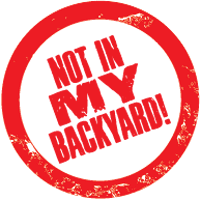 The city of Bixby has taken another step in its fight to stop PSO’s Wind Catcher project and its massive transmission lines in the city.

The council voted Monday night to hire an attorney to take the fight to the Oklahoma Corporation Commission where PSO’s application for pre-approval of the project has yet to be decided.

Residents have voiced opposition to the transmission lines which will carry electricity from what is billed as the nation’s largest wind farm in the Panhandle. Last week, Bixby city leaders met with Attorney General Mike Hunter to enlist his help in fighting the project.

Prior to the meeting, PSO released a statement about the controversy.

“We understand infrastructure development is often controversial and while many landowners welcome the payments they’ll receive, and on-going benefits to schools and the community, others have equally valid personal reasons for opposing development. However, this project is important for PSO customers and for our state. Customers, especially those who create jobs in the areas we serve, increasingly expect renewable energy and we have an obligation to deliver it at the lowest reasonable cost. We’re extremely disappointed that the City took this action since we’ve worked closely with Bixby for many years on economic and community development and have always held them in high regard. In the meantime, we will continue to reach out to people in Bixby and surrounding area, work to address landowner concerns and respond to any and all questions about the line route.”