Rig Count Grew in Oklahoma in the past week 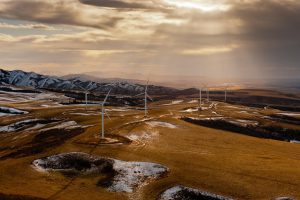 The U.S. Geological survey and the Energy Department are promoting their latest satellite imaging tool—-one that allows anyone with a computer to look at the more than 57,000 wind turbines in the country.

Working with the Department of Energy’s Lawrence Berkeley National Laboratory and the American Wind Association, the government’s released what it calls the United States Wind turbine Database.

This new Wind Turbine Database is a comprehensive dataset of U.S. wind turbine locations and characteristics that is easily accessible, more accurate, and updated more often than existing wind turbine datasets. This dataset and its associated viewer allow federal agencies to share data to properly develop and plan around wind projects. The availability of these data are crucial to planning for government agencies, as well as researchers.

The database currently contains data from more than 57,000 turbines, constructed from the 1980s through 2018, in more than 1,700 wind power projects spanning 43 states plus Puerto Rico and Guam. The UWTDB is an update from the USGS WindFarm Database and Viewer, which were the first publicly available interactive map and geo-dataset of onshore wind turbines in the United States.