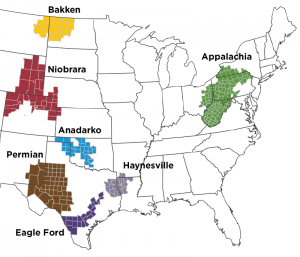 The Anadarko Basin in Oklahoma might not be the most prolific producing play in the nation, but it’s still breaking production records.

As for total U.S. production, of course the honors for top production go to the Permian Basin.  Both the Permian and the Anadarko are part of a total effort that is expected to make the U.S. the top oil producer in the world.

The Dallas Morning News reported this week that much of the credit goes to innovation—horizontal drilling, hydraulic fracturing and data analysis. Based on the figures reported by the Morning News, the Anadarko is ranked 5th in terms of oil production.