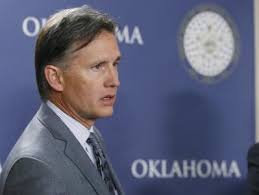 The recommendation was released in the case the Attorney General’s Office filed in December, requesting the Oklahoma Corporation Commission ensure tax savings are passed on to PSO’s customers.

“We appreciate Judge Candler recommending PSO return the windfall it received from the federal tax cuts to its customers,” Attorney General Hunter said. “The tax cut provides an opportunity for real savings for customers, especially during the summer months when energy usage rises along with the temperature. We hope the members of the Oklahoma Corporation Commission complete their review as quickly as possible to benefit PSO customers.”

The attorney general’s staff estimates the recommendation, if approved, would return approximately $23.85 to an average residential customer of PSO, spread over the remaining months of 2018. Local businesses and school districts would also see savings if the recommendation is approved.