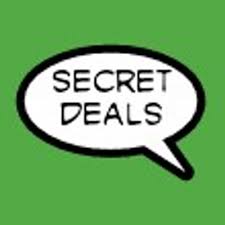 A coalition of ethanol manufacturers and groups has filed suit in the U.S. Tenth Circuit Court of Appeals in Denver challenging certain EPA waivers of the Renewable Fuels Standard to several refineries including one in Oklahoma.

The Oklahoma Farm Report says the suit was filed against the EPA by the Renewable Fuels Association, the Advanced Coalition for Ethanol, the National Corn Growers and the National Farmers Union.

The groups contend the EPA handed out the waivers secretly to refineries in Oklahoma, Wyoming and Utah. The Oklahoma refinery that won the secret waiver is CVR Energy’s operation in Wynnewood.

Holly Frontier Corporation, a Texas-based firm which owns refineries in Tulsa and in El Dorado, Kansas won waivers for its refineries in Woods Cross, Utah and Cheyenne, Wyoming. The companies claim they will save nearly $170 million in costs for not having to meet the RFS requirements of the Clean Air Act.

“EPA is trying to undermine the RFS program under the cover of night,” said Bob Dinneen, CEO and President of RFA. “And there’s a reason it has been done in secret – it’s because EPA is acting in contravention of the statute and its own regulations, methodically destroying the demand for renewable fuels,” continued Dinneen. “With the little information we’ve been able to piece together through secondary sources, it’s clear that EPA has been extending these exemptions to refineries that didn’t qualify for them.” 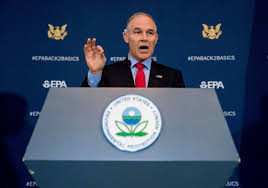 Although EPA typically publishes its proposed actions and final decisions in the Federal Register and Administrator Scott Pruitt has promised more transparency, EPA has not followed those protocols for small refineries; nor has EPA even informed the public by any means that it had received or acted on such carve-out requests. Instead, the petitioners learned of the unprecedented number of exemptions second-hand, through media reports and secondary sources.

“EPA left us with no choice but to challenge their systematic cuts to ethanol blending in the U.S. by distorting the intent of the law to grant secret hardship waivers to refineries which in some cases exceed the definition of ‘small’ and fall short of demonstrating ‘disproportionate economic hardship,’” said Brian Jennings, CEO of ACE. “We cannot sit by and allow EPA to violate the RFS which requires increasing the use of renewable fuels in the U.S.”

The petition also notes that EPA has consistently rejected all attempts to bring greater transparency to the small refinery exemption extension process. EPA has refused to provide even the most basic information requested in Freedom of Information Act (FOIA) requests from RFA and other parties. More surprisingly, the Agency has also ignored demands from members of Congress for the same essential facts.

“EPA’s improper handling of the RFS has significantly cut demand for biofuels grown and produced by American family farmers and their communities. The success of the law lies in the requirement that certain amounts of renewable fuel be blended into our transportation sector. Yet EPA has unlawfully allowed massive refineries to skirt compliance with these requirements, effectively reducing the amount of renewable fuels blended into the transportation sector by more than one billion gallons. These actions must be reversed immediately,” according to Roger Johnson, President NFU.