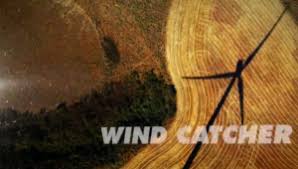 The Louisiana Public Service Commission has voted to withhold its support for the Wind Catcher Wind project planned for the Oklahoma Panhandle. And it could put the entire $4.5 billion project involving Public Service Company of Oklahoma in jeopardy.

The Louisiana PSC went against its staff’s recommendation to allow the Southwestern Electric Power Company to acquire the 2,000-MW wind farm near Guymon, one that developers say would be the nation’s largest wind farm.

The vote came after a settlement agreement had been reached among the stakeholders in the project including WalMart, Sam’s West, SWEPCO and LPSC staff. The agreement included benefits guaranteed to SWEPCO customers of $1.3 billion in ne savings and a guaranteed 45% capacity value for the expected 2,000-MW generation.

SWEPCO was scheduled to own 70% of the project while PSO, its sister company would have 30% ownership. The breakdown means SWEPCO would own 1,400 megawatts of the wind farm’s 2,000-MW capacity. But the deal is also subject to the utility commissions in Oklahoma, Arkansas, Louisiana and Texas along with the Federal Regulatory Commission.

“When the majority of customers served by this project are Louisianans,” said Jessica Hendricks from the Alliance for Affordable Energy. “Louisiana needs to take a stand for their rate-payers. Waiting to see how the vote plays out in surrounding states, like Oklahoma and Texas, is not acting in our rate-payers’ best interest.”

“Low-cost wind power, wherever it is generated, is a benefit for Louisiana ratepayers that will keep our businesses competitive. Renewable energy attracts multinational businesses to the state, and means reliable bills that don’t fluctuate with an unpredictable traditional energy market. We’re disappointed to see the result of this week’s vote, but trust that the commission majority will move this project forward promptly, in the interest of our economy,“ added Hendricks.

Jeff Cantin, Gulf States Renewable Energy. Commissioners Foster Campbell, and Lambert Boissiere also expressed their support for the landmark project, describing the opportunities it would bring to the state. Campbell, whose district’s ratepayers would receive the greatest benefit, also described frustration with recent attack ads coming from unidentified opponents of the project.