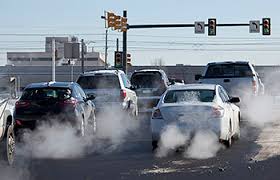 Scott Pruitt’s latest ethics issue over renting a Washington D-C condo from an energy lobbyist didn’t stop him this week from announcing a change in the nation’s fuel emissions standards.

In doing so, he also took a swipe at the Obama administration and its EPA.

“The Obama Administration’s determination was wrong,” said Pruitt about the current standards. “Obama’s EPA cut the Midterm Evaluation process short with politically charged expediency, made assumptions about the standards that didn’t comport with reality, and set the standards too high.” 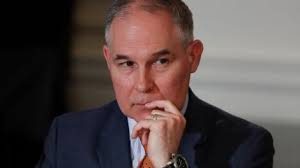 Under the Clean Air Action, the EPA has the responsibility of setting national standards for vehicle tailpipe emissions of certain pollutants. Pruitt, the former Oklahoma Attorney General, said the completion of the Midterm Evaluation process shows “the current standards are not appropriate and should be revised.”

His announcement had the support of Oklahoma U.S. Sen. Jim Inhofe who sits on the Senate Committee on Environment and Public Works. He called it a “welcome announcement.”

“The standard finalized in the last days of the Obama administration was overly stringent, would drastically increase the price of cars and simply didn’t align with consumer demand,” said the Senator. “It’s clear the Obama administration simply pushed the regulation through more than a year ahead of schedule and before it was thoroughly vetted in an extreme, partisan move solely intended to prevent President Trump from making a fact-based determination on emission standards.”

Another aspect of the new standards is a waiver granted to California allowing the state to set stricter standards than the federal requirements. The waiver is still being reexamined by the EPA.

“Cooperative federalism doesn’t mean that one state can dictate standards for the rest of the country,” said Pruitt. “EPA will set a national standard for greenhouse gas emissions that allows auto manufacturers to make cars that people both want and can afford while still expanding environmental and safety benefits of newer cars.”

“California should not be able to dictate national environmental policies and I applaud Administrator Pruitt for continuing his work to ensure regulations work for all stakeholders,” said the senator.