Scott Pruitt’s Job on the Line at the White House 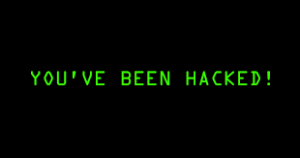 Operations of Panhandle Eastern Pipeline Company in Oklahoma weren’t affected but a cyber attack is blamed for causing problems with the electronic communication system owned by Energy Transfer Partners LP and its major U.S. pipeline network.

The attack happened Monday morning and ETP reported a shutdown of the system because of the attack. However, there was no effect on the flow of natural gas.

Vicki Granado, a spokeswoman for Energy Transfer indicated the attack didn’t impact operations and no data was compromised.

By Monday night, Energy Transfer indicated that files could safely be exchanged through the EDI platform provided by third-party Energy Services Group LLC. The EDI system conducts business through a computer-to-computer exchange of documents with customers.

Investigators aren’t sure who was responsible for the attack. But in March, U.S. officials issued a warning that Russian hackers were carrying out a broad attack on the nation’s electric grid.  And it was only last month when Atlanta’s city government was hacked by a ransomware attack.

Similar computer systems like the one at Energy Transfer are used by other pipeline operators including Tallgrass Energy Partners LP and Kinder Morgan Inc. But they report they were not hacked.