Gowdy Moves Forward with US House Probe of Scott Pruitt 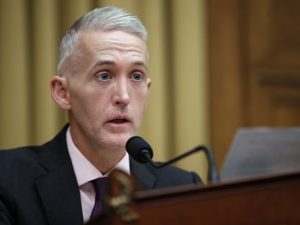 Over the weekend, the South Carolina Republican Representative told “Face the Nation” he had received documents his committee had asked of the EPA in his expanded probe of Pruitt, the former Oklahoma Attorney General.

As for a timeline, Gowdy wanted things to move faster than he likes. He told the Sunday morning TV news show there had been a “little bit of hiccup” in  scheduling some of the witnesses to be interviewed.

“We’ve reached a meeting of the minds that we’re going to interview those witnesses and we got permission Friday to start scheduling those,” said Gowdy.

His interview came after EPA Inspector General Arthur Elkins Jr. announced he planned to open an ethics review into the $50-a night condo rental that Pruitt had arranged with the wife of an energy lobbyist.

The investigation by Elkins will be the 6th to be carried out into issues regarding Pruitt.