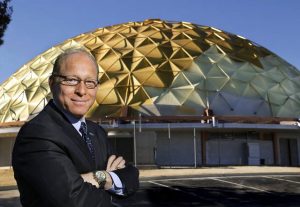 Federal tax charges have been filed against the former president and CEO of the former Oklahoma City-based environmental sales and consulting company TEEMCO.

It’s not the first time Gregory Damien Lorson of Naples, Florida has faced tax charges.  This week’s charges were filed in Oklahoma City federal court and accused Lorson of failing to pay taxes from 2010 to 2015. If he’s convicted, he could be sentenced up to five years in prison and fined $250,000.

Lorson was known at the time for his plans to renovate the Gold Dome building which once housed a bank in northwest Oklahoma City. The renovation never happened.

TEEMCO LLC was founded in 2010 and Lorson was responsible for the day-to-day operations. But before the company was closed five years ago, TEEMCO did not pay $823,547 to the Internal Revenue service for unemployment taxes and employer-matching portions of employees’ Medicare and Social Security taxes according to the charges.

The charges also accuse Lorson of not directing payments of $542,162 to the Oklahoma Tax Commission.

The charges accuse Lorson of directing his employes not to forward more than $2.1 million in withheld payroll taxes to the IRS. He allegedly used the money for TEEMCO’s advertising campaign.

In 1998, Lorson was convicted in Tulsa federal court on federal fraud charges and sent to prison.