Devon to Release 1Q results May 1 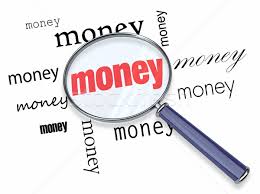 Like every other agency in Oklahoma’s state government, the Corporation Commission is looking for places to fund its growing operations.

The petroleum excise tax is one target according to a report in the Journal Record.

The paper quoted Corporation Commission Chairwoman Dana Murphy as looking to use more of the excise taxes to cover the operations of the Commission’s oil and gas division. But she is doing so with caution too, because if the commission gets more excise tax collections, it might get less from the state’s General Revenue Fund.

“You have to be thoughtful when you move or adjust one thing that it affects other things,” she told the Journal Record. “You have to look at the big picture while keeping in mind the details.”

The excise tax on petroleum was created in 1933 and today producers pay 0.095 of 1 percent of every barrel of oil and every 1,000 cubic feet of natural gas.

Ten percent of the excise tax collections were set aside in 1990 to cap old wells. That was followed seven years later when the legislature directed money to be put into the General Revenue Fund.

Money from the excise tax also goes to the Interstate Oil and Gas Compact Commission.

Now commissioners Murphy and Todd Hiett are pushing the legislature to return more of the petroleum excise taxes to the commission.

While both have the support of the Oklahoma Oil and Gas Association and the Oklahoma Energy Producers Alliance, the groups are not hopeful.

As OEPA President Mike Cantrell put it, “We’ve had a government that has robbed Peter to pay Paul for so long, I’m not sure we can change.”