His Ethics Issues Keep Piling Up, but Pruitt Has Support of the President 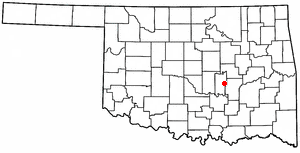 The cause of a fire at an oil and gas pumping unit on Monday near Wewoka apparently was a backfiring motor.

It’s what Fire Chief Kevin Green said about the late-afternoon fire that was still burning later Tuesday. The motor backfired and ignited gases as the crew of the pulling unit worked around the well site.

Two oilfield workers were injured in the incident at a well site near U.S. 270 and State Highway 56. One man was hospitalized in serious condition while another was treated locally for minor injuries.