Circling the Wagons for Scott Pruitt

2017 Oilfield Deaths in Oklahoma Low Compared to Other Occupations 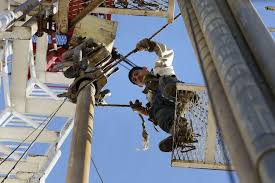 While six oilfield workers have died in accidents already in 2018, the count of fatal oilfield deaths in Oklahoma in 2017 was two.  However, a review of federal records shows there are far more dangerous occupations in Oklahoma including the classroom.

The Occupational Safety and Health Administration is probing the gas well explosion that killed 5 workers in January near the southeast town of Quinton. The death of a worker who fell to his death from a rig near Cement in early April is also likely under investigation.

But OSHA’s records for all work-related fatalities it probed in Oklahoma last year show only one was on a drilling rig. The May 29, 2017 accident happened near Boley when  a worker was struck by a rigging chain. The rig was operated by R.C. Drilling LLC and the firm received 18 OSHA citations for safety violations when OSHA issued them in October 2017.

The total proposed fines came to $44,474 but there has been what records called an “informal settlement,” so the final disposition has yet to be made and revealed.

One other accident claimed the life of an employee for an oilfield construction company based in Covington.  B.J.’s Oilfield Construction company was fined $9,054 and the case was closed in January of 2018.  However, the October 16, 2017 accident occurred while the company was working on installation of a solar farm for Oklahoma Gas and Electric. The employee was caught in a rotating chain drive of a trencher.

Of the remaining 14 other fatalities investigated by OSHA, one worker died while installing a wind tower in Tulsa. No fine was proposed against Trinity Structural Towers Inc. 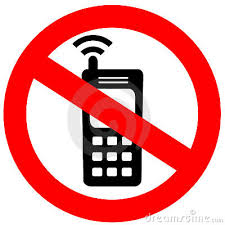 The investigations also revealed two workers died because they were on their cell phones and ignored warning signals from vehicles.

One involved a worker at the Wattsco Co. of Oklahoma in El Reno. The worker stopped to look at his phone with his back to a rough terrain forklift that was backing to a parking place. Despite the beeping reverse alarm, the worker was crushed and killed.  No fine was proposed by OSHA.

A similar incident occurred at a UPS dock in Oklahoma City on June 15, 2017.

Other deaths occurred due to heat stroke or accidents at grain elevator operations. A worker fell to his death from a ladder at the Farmers Elevator of Goodwell in June of 2017 and the company was fined $4,400 with the case closed in January 2018.

One of the most bizarre deaths involved a teacher killed April 26, 2017 in a fall at an Oklahoma City day care center.  As the OSHA report stated, a teacher at the Learning Care Group “was standing in a classroom and died after falling striking her head.” She was a teacher in the 2-year old classroom “when a child bumped into the back of her legs. The employee fell striking her arm, back and head on the ground, killing her.”

OSHA did not propose a fine in the death of the teacher. Other deaths probed by OSHA were electrocutions, a death in a concrete crusher and a fall  through the skylight of a roof. One worker in Oklahoma City drowned after being struck by scalding water from a high-pressure hose at Lopez Foods. There was no fine and the case was closed in January 2018.