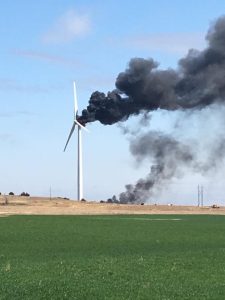 A wind turbine located in a wind farm south of Weatherford caught on fire Wednesday afternoon. In turn, it created a wildfire at its base, according to the State Forestry Department. It also captured the attention of witnesses. 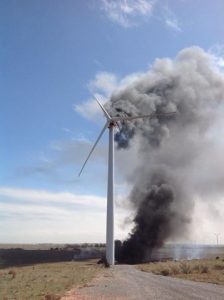 The Department later said 8 fire engines responded to the incident which burned about two acres. 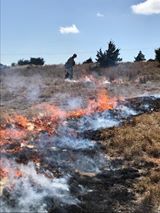 No injuries were reported in the spectacular-looking fire. It’s not known which wind farm operator owned the turbine.